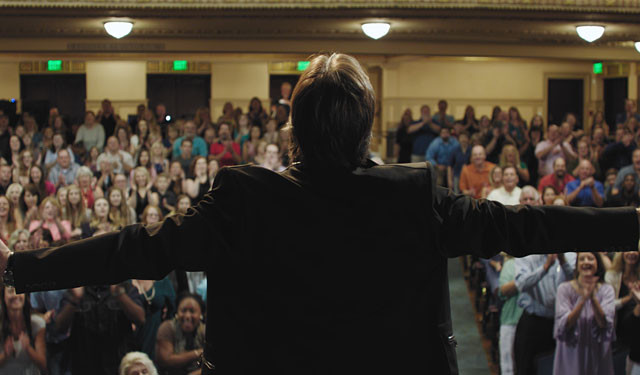 HOLLYWOOD VS. AMERICA – Todd Starnes is sick of buying movie tix ‘to have a radical agenda shoved down your throat’

I was disappointed but not surprised that Tyler Perry’s “Boo 2” and “Let There be Light” were not nominated for an Oscar. The films that my friends and family enjoy watching are typically overlooked by the Hollywood elites.

For whatever reason, the folks who play make-believe for a living prefer their cinema to be a bit more provocative.

Get a free subscription to Todd’s newsletter, a must-read for conservatives and people of faith!

“The Shape of Water” won the 2018 Oscar for Best Picture. It’s the story of an inter-species romance between a mute woman and a half-man/half-fish creature who lives in an aquarium.

It’s a movie about embracing others. Consider Vox’s description of the movie’s only villain: “an angry, bitter, cruel boss-man who’s certain of his own superiority to everyone who isn’t a white man like himself, and whose religion hasn’t helped him learn anything like love.”

For some context, Fox News reports a 23-year-old school North Carolina school teacher was arrested in 2017 for having a “romantic” relationship with a 17-year-old boy.

What Hollywood calls a love story, the police would call a sex crime.

So why is there a disconnect between the films that tug at the heartstrings of the heartland and the vulgar offerings churned out by Hollywood?

“Out of the nine Best Picture nominees, only two made more than $100 million. That’s not the point,” Oscars host Jimmy Kimmel explained. “We don’t make films like ‘Call Me By Your Name’ for money. We make them to upset [Vice President] Mike Pence.”

Oh, so they’re doing it on purpose. They are intentionally flaunting their contempt for our values and basic human decency. In other words, Hollywood wants you to fork over 20 bucks to have a radical agenda shoved down your throat.

That’s why one of Hollywood’s most celebrated movies promoted man-boy pedophilia, and the other was about a woman who had sex with a fish.

And they wonder why America would rather stay home, pop a bowl of extra buttery Orville Redenbacher and watch a “Last Man Standing” marathon.