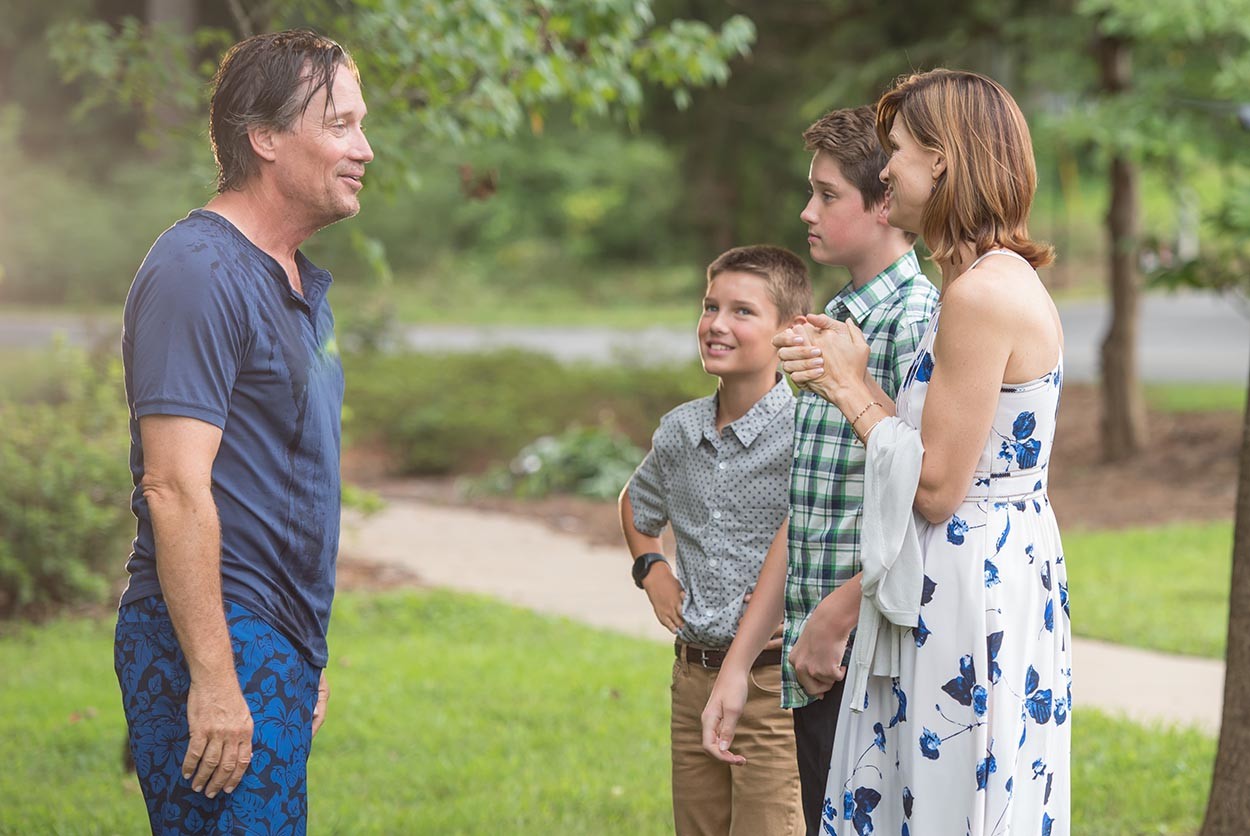 This is more than a Christian film, this is a film made on faith, made by faith.

When Sam reached out to Dan Gordon to co-write a screenplay based on an idea that struck her one day, he initially turned her down – understandably. He’s a very accomplished Hollywood screenwriter (Highway to Heaven, Passenger 57, Wyatt Earp, The Hurricane) and she is, in her own words, “a nobody,” in terms of screenwriters in Hollywood.

But they decided to have lunch, and when he asked what her idea was, she told him a story he couldn’t refuse.  He agreed to join her on the project.

About two weeks after their lunch, Fox News Anchor Sean Hannity called Kevin, and this wasn’t something that happened on any kind of regular basis. He said, “Kevin, I’m thinking that I’d like to get into movie-making, but I want to do a faith-film, and I’d like to work with you.” Sam pointed at Kevin and said, “That’s my movie!”

The trio, Kevin, Sam and Dan, flew to New York and pitched Sean on the project. Dan talked for nearly a half-hour straight, with no interruptions, telling the story he and Sam had perfected. When he was done, Sean signed on as sole financier, and turned them loose to create a film. He asked for nothing but the finished product.

And when he saw it, he saw that it was good.