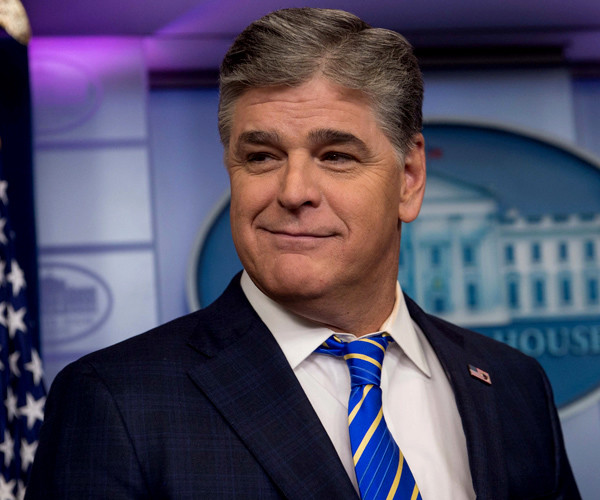 Sean Hannity has signed on to executive produce Kevin Sorbo’s faith-based film “Let There Be Light” which is in post-production and set for release on Oct. 27.

Sorbo, best known for the 1990s television series “Hercules: The Legendary Journey,” is producing the movie with his wife Sam Sorbo and Dan Gordon. The Sorbos both star in the movie as well.

The Hollywood Reporter said it’s Hannity first role as an executive producer, and a source said the talk show host is pursuing other projects. Sorbo was booked to appear on Hannity’s Fox News show Wednesday.

Variety said a theatrical trailer for “Let There Be Light” was to debut on “Hannity” on Tuesday.

The Sorbos and Gordon reportedly flew to New York and personally pitched the movie to Hannity directly, who signed on within an hour. The movie is currently in post-production.

“It’s been likened to ‘Ghost’ meets ‘Heaven Is for Real,’ with a dash of ‘God’s Not Dead,'” Sorbo said of the film, per The Hollywood Reporter.

“Liberal Hollywood has increasingly moved the bar, making simple and honest films with solid faith and family values harder to find,” Hannity said, per Variety. “I felt compelled to start bringing quality films to the millions of forgotten Americans who want to see more of these heart-warming and entertaining stories that reflect our Judeo-Christian, all-American values. I’ve been honored to work with true talent like Kevin Sorbo, and I’m very proud of ‘Let There Be Light.'”