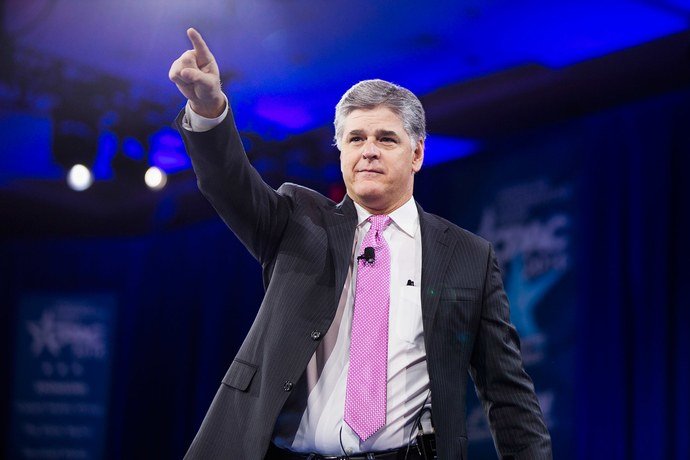 Welcome to the Hollywood elite, Sean Hannity! On Tuesday night’s episode of Hannity, the conservative Fox News host will premiere a trailer for a new film he’s executive producing, the faith-based drama Let There Be Light, directed by and starring Kevin Sorbo, per Variety’s Dave McNary.

The movie, about an atheist who converts to Christianity after a near-death experience, will also star Travis Tritt and Dionne Warwick. Though he regularly rails against liberal Hollywood, Hannity has said he’s a big film fan himself, citing Gladiator, Braveheart, and The Passion of the Christ as personal faves. Sorbo is sort of the Tom Cruise of the faith-based genre—his 2014 movie God’s Not Dead grossed a whopping $60 million domestically.

Working together, Hannity has said he hopes they’ll fill a void in the marketplace. “Liberal Hollywood has increasingly moved the bar, making simple and honest films with solid faith and family values harder to find,” Hannity said. Let There Be Light will arrive in theaters October 27, courtesy of Atlas Distribution, a company run by John Aglialoro, the former Cybex C.E.O. who bankrolled and distributed the Atlas Shrugged movies. No word yet on whether Hannity will use his pull with the Trump administration to orchestrate the ultimate marketing event for this project—a White House screening.