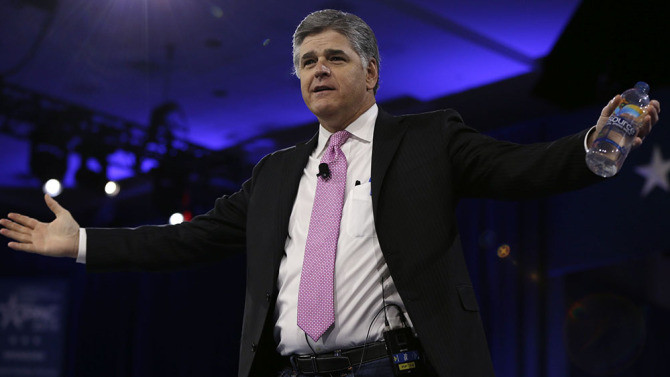 The film is directed by and stars Kevin Sorbo, who starred in 2014’s faith-based hit “God’s Not Dead,” which grossed $60 million domestically.

“Let There Be Light” is the story of an atheist who has a near-death experience that challenges his beliefs about love, God, and family. The film also features music stars Dionne Warwick and Travis Tritt.

Kevin Sorbo’s wife and co-star Sam Sorbo conceptualized and co-wrote “Let There Be Light” with Dan Gordon (“Highway to Heaven”). The three produced the movie.

“Liberal Hollywood has increasingly moved the bar, making simple and honest films with solid faith and family values harder to find,” said Hannity. “I felt compelled to start bringing quality films to the millions of forgotten Americans who want to see more of these heart-warming and entertaining stories that reflect our Judeo-Christian, all-American values. I’ve been honored to work with true talent like Kevin Sorbo, and I’m very proud of ‘Let There Be Light.’”

A new theatrical trailer for “Let There Be Light” will debut on Tuesday on Fox News Network’s “Hannity.”

Paul Lalonde’s Cloud Ten Creative Services is handling the marketing and promotions for the film. “‘Let There Be Light’ is not just a great movie, but it really is the right message at the right time. Sean Hannity has really put his money where his mouth is and he’s given every patriotic American and every Christian in America a movie worth rallying behind.”

Sorbo gained fame by starring in the series “Hercules: The Legendary Journeys” and “Andromeda.” Atlas Distribution Company, formed by CEO John Aglialoro, is handling distribution on Robin Williams’ “Absolutely Anything” and Charlie Sheen’s “9/11.”