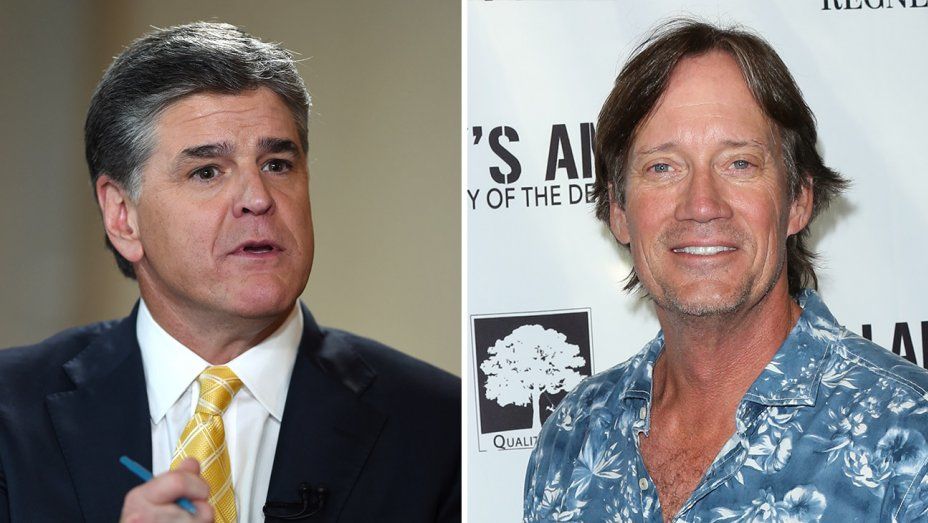 Fox News’ Sean Hannity has delved into filmmaking by partnering with Kevin Sorbo on a movie in which the former star of TV’s Hercules: The Legendary Journeys will play a world-renowned atheist whose beliefs are dramatically challenged.

For Sorbo, this is the second time he is playing a character in a story with atheism as the central plot point, after having starred in God’s Not Dead, the surprise hit that made $61 million domestically on a $2 million production budget and spurred a sequel, God’s Not Dead 2, which made $21 million.

As for Hannity, he is making his first foray into filmmaking as executive producer, but it won’t be his last, according to insiders, as he is pursuing other projects. The longtime star on Fox News could reveal more about his plans on Wednesday during a segment on his show, Hannity, where Sorbo is booked as a guest.

The movie, dubbed Let There Be Light, also stars Sorbo’s wife, Sam, who co-wrote the script with Dan Gordon. Kevin and Sam Sorbo met when she appeared in several Hercules episodes, and the couple has worked together sporadically since then.

The couple’s two young sons, who take acting lessons from former Baywatch star Erika Eleniak, also have roles in Let There Be Light. “They blew me away with their auditions,” said Sorbo. “Then Sam and I, as producers, realized the amount of money we had just saved by casting our own kids.”

Sorbo said he, Sam and Gordon flew from Los Angeles to New York to pitch Hannity the movie, now in postproduction, and they had a deal within an hour.

“It’s been likened to Ghost meets Heaven Is for Real, with a dash of God’s Not Dead,” Sorbo said of the film, which was made on a $3 million production budget. Sorbo is still working on a distribution deal but he expects the film to open in November 2017.

Sorbo has been making Christian-themed movies that largely appeal to conservatives for several years now, a choice that others say can limit an actor’s opportunities in Hollywood — Kelsey Grammer was once threatened by a producer who demanded he donate money to Democrats, for example, while several Hollywood liberals admitted their biases in recorded interviews.

“Hollywood can be a very superficial place but then again, so is the world,” Sorbo said. “I choose not to focus on whatever negatives that might arise from my taking a stand for what I believe in, because our beliefs are what make us human. I couldn’t be the actor I am without knowing what I stand for.”